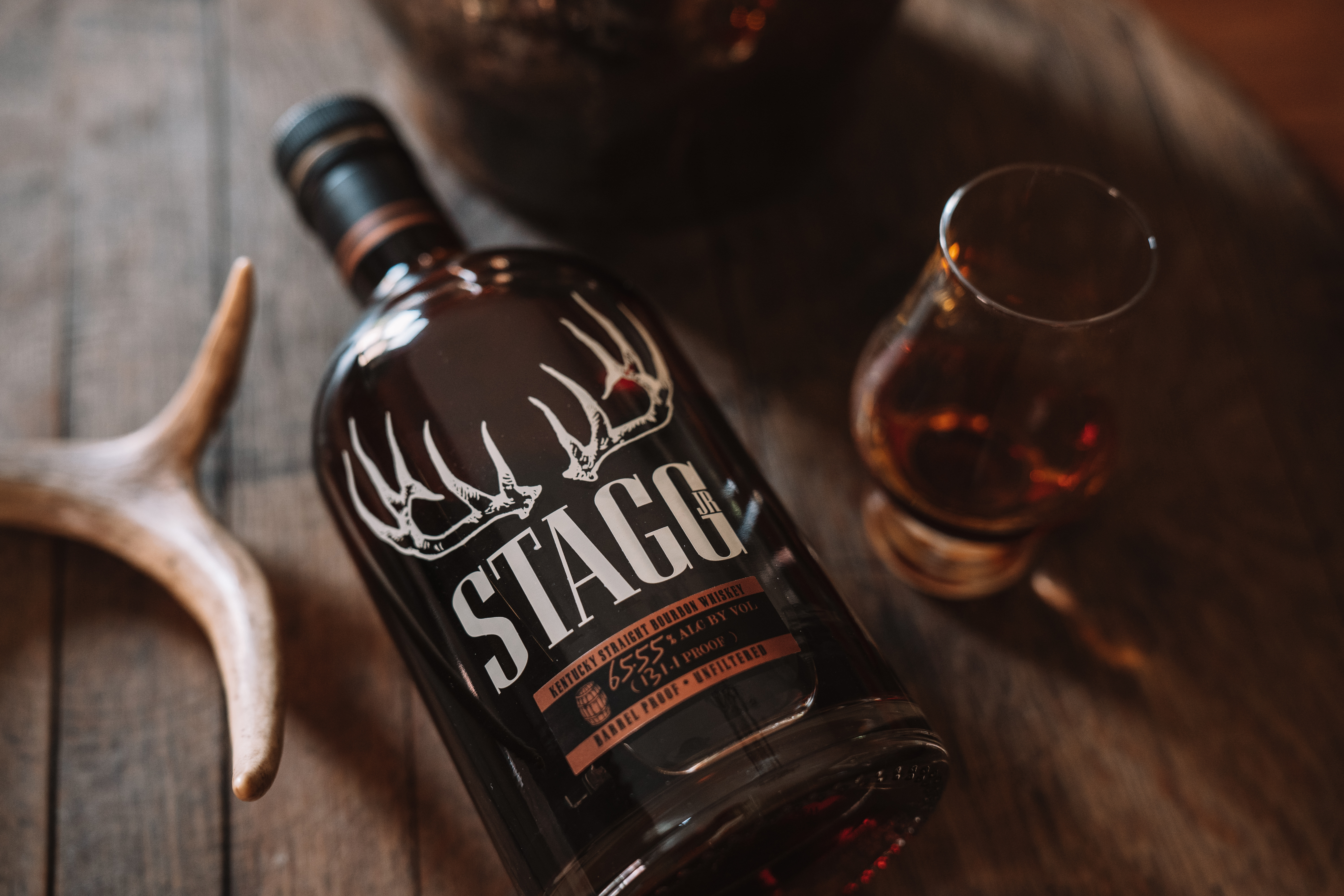 Celebrate the Holidays with 131.1 proof Bourbon

Press Release: FRANKFORT, Franklin County, Ky (Dec. 15, 2020) Buffalo Trace Distillery is releasing its winter allocation of Stagg Jr, just in time for the holidays.  This is 15th release in the series and weighs in at 131.1 proof.  Like previous versions, Stagg Jr is uncut, unfiltered, aged over eight years, and with a taste profile similar to its elder statesman, George T. Stagg.

Tasting notes describe this barrel proof whiskey with vanilla bean and salted caramel front and center on the nose, cherries, cinnamon and oak on the palate, and a long finish of toasted vanilla, pepper, coffee and hints of sweet mint.

Introduced in 2013, Stagg Jr. quickly became a favorite of whiskey reviewers, and won a double gold medal in this year’s San Francisco Worlds Spirits Competition.  Previous accolades include being named “tried and true,” and “great value,”

Only two batches of Stagg Jr. are produced each year. This 15th batch is headed to retailers now.  The next release will be late spring 2021.  Suggested retail pricing for Stagg Jr. is $49.99; state taxes will vary per market.

The Stagg line is named after George T. Stagg, one of the legendary craftsmen of Buffalo Trace Distillery, who was responsible for building the most dominant American distillery of the 19th century on the banks of the Kentucky River, now

known as Buffalo Trace Distillery.  Like the man it honors, the Stagg line is bold and robust, consisting of uncut, unfiltered whiskies –  Stagg Jr. and George T. Stagg, part of the Antique Collection. The latest addition to the Weller line, Weller Single Barrel Bourbon is officially being released from Buffalo Trace…